Skip to content
Today’s genre is Contemporary Christian fiction, which is a genre I read when I find good ones which may or may not be often.

Please join me as we boat around finding more books! 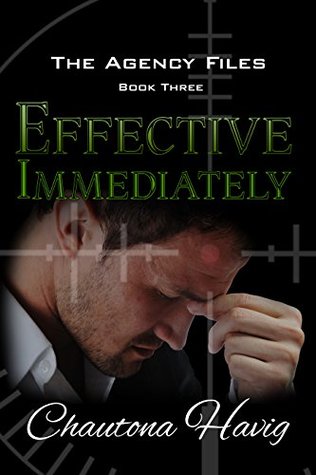 Keith Auger hasn’t had trouble reconciling his job with his faith—until now. As a security agent for The Agency, his career creates situations that redefine danger. As a Christian, he sleeps well, knowing that he serves mankind through his protection. But when an assignment ends badly before it has a chance to begin, Keith questions everything—his job, his judgment, and even his faith. Feeling like a failure, he resigns and turns to his would-be girlfriend, Erika, for emotional support and advice. Contrary to everything she’s ever felt or thought, Erika Polowski finds herself arguing in favor of a job she once didn’t understand, supporting a faith she doesn’t share, and reconciling the two in ways she never imagined possible. His quest to piece together the remnants of his shattered faith and to redeem himself in the eyes of a friend puts Keith in more danger than he realizes. As a result, both he and Erika must make decisions that could change the courses of their lives. Keith must forgive himself for his failures and trust the Lord’s direction for his life. Erika rejects the idea that she needs forgiveness or faith. However, if she doesn’t yield to God, she’ll lose Keith. If she does, Erika fears she will lose herself. Effective Immediately is the third book in The Agency Files series.
Goodreads
(My thoughts on this book: This book is the third in the Agency and I absolutely loved it the six times I read the series! I’ll be reviewing the series soon! Umm, while this is a favorite book it is better for 15 up, I give it 5 stars!) 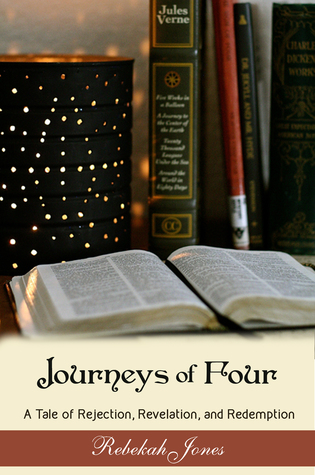 Christine Spurgeon is painfully shy and, at this point in her life, pretty miserable most of the time. When her parents decide that they are going to start attending a new church, she is less than pleased. Much to her surprise, the first sermon strikes home, and Christine finds her sleepy Christianity shaken to the core. Peter Gottswald, a truck driver living with his younger brother, has started to change. What started out as grief over his parents’ death, moves on to deeply concern his family. As he tries to lose himself in a world of fiction and their worry grows, his family tries to discover what he’s running away from before he loses sight of reality altogether. Claudius Rivers wants nothing to do with Christianity whatsoever. He doesn’t need it, so he doesn’t bother, beyond going to church with his family. At first, Claudius manages to get away with ignoring just about everyone in the congregation, until an older man befriends him. As he gets to know the man, taking notice of the behavior of the rest of the people in the church, he’s brought to a realization that he must either reject Christ or follow Him. Claudette Crutch has claimed to follow Christ for years, but that doesn’t stop her from letting her rebellion against authority increase on a daily basis. She thinks that she’s fine, until she witnesses the spiritual transformation of another young woman in her church and she is forced to begin questioning her so-called Christianity. When will the four paths connect, to where will they lead, and how will they get there?
Goodreads
(My thoughts on this book: Wow, this book is a favorite! It’s one of the deepest books I’ve read, I think I’ve read it three to four times! Recommendation 15 up and 5 stars. Review to come!) 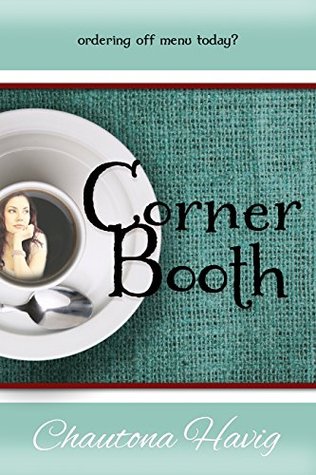 A rushed lunch and a bold move “introduces” Carlie to a stranger–one who hardly acknowledges her existence as he sits across from her, sharing his booth to save her a wait in a long line.
What began as a random encounter becomes a weekly date in which Carlie chatters about her life to a silent lunchmate. Much about him interests her–his slightly Euro fashion sense, his commitment to the work he does as he eats his lunch week after week, and his evident attention to the running monologue she shares between bites of meals that he inevitably pays for.
Dean gets to know the woman across from him–looks forward to their lunches each week, learns valuable lessons about himself–but when the cafe is threatened, and then when she doesn’t show up one day, he suspects their unusual “friendship” means more to him than he imagined.

Goodreads
(My thoughts on this book: Another Chautona Havig book that is an awesome book. Review to come one day. 4 and 1/2 stars with a recommendation of 15 up.) 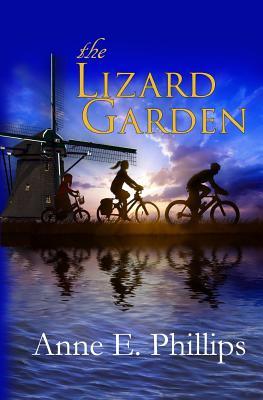 Twelve-year-old Charlotte has moved to a new home every year of her life and wants nothing more than to settle down, but when her father’s work takes the family to the Netherlands for the summer, Charlotte and her siblings, Milo and Alice, find unexpected challenge and adventure. Their thatched-roof cottage seems straight from a fairy tale, but Charlotte feels like she’s living a mystery. Why are the elderly neighbors at the end of the canal so secretive? Is there a connection between Rembrandt’s Night Watch and the enormous lizards in an Amsterdam park? Most importantly, what can Charlotte take with her from the places she must leave behind?
Goodreads
(My thoughts on this book: I enjoyed this book a couple of years ago, a friend of my Mom wrote it, and man, am I glad my Mom got it for me! 5 stars, anyone can read it and if you couldn’t tell review to come!) 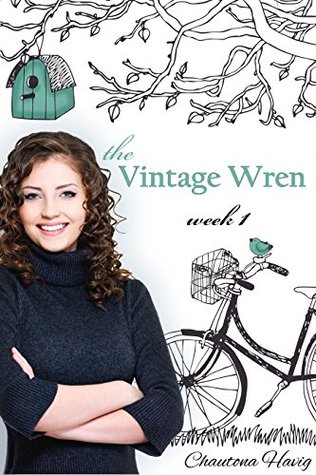 The Vintage Wren is a serial novel released in several chapter episodes. Cassie Wren. Legal assistant. Convenience queen. Thrifter extraordinaire. If there was a “green police” she’d be a fugitive from eco-friendly justice. But when a friend’s teasing feels like a challenge, Cassie accepts it. The result? One year. Twelve months. Fifty-two weeks. Three hundred sixty-five days–of green. It seemed simple enough. Cut back on paper plates, plastic forks, and straws. Easy peasy. But when her competitive side wars against her desire for convenience, Cassie finds it’s not so easy to be “eco-friendly” and “Cassie-friendly.” Week 1 Shopping for Cassie’s annual New Year’s Eve party sparks an innocent comment that Cassie can’t forget. So, during their New Year’s Day goal planning session, Cassie’s friends tease her about her lack of eco-consciousness, and Cassie determines to change one new thing in favor of the planet every week. For a year. Even if it kills her. She’s confident it will. Cassie’s first week–paper. She’s determined to cut out all extraneous paper usage–all of it. But when almost everything comes wrapped in paper, it isn’t as easy as she thought it would be. Her only consolation? Some water bottles come with plastic labels, and she doesn’t have to cut that out until next week. Ha! The Vintage Wren. A serial novel released in fifty-two episodes (for obvious reasons).
Goodreads
(My thoughts on this book: Getting these episodes weekly is very nice, the characters are wonderful, the plot enjoyable and so on! I am still reading these episodes so I can’t say when I’ll review it but maybe one day! 15 up and 5 )
Have you read any of these books? Do they sound interesting? If you saw these books in a store would you buy them? Don’t forget about the GIVEAWAY under the picture linked to Rebekah’s post!