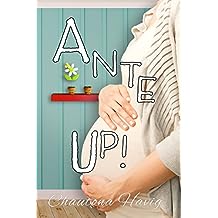 Marriage has been good to Aggie. After a few years and a baby under her belt, she’s ready to take on anything–including adding child number ten to the home!
Blessings aren’t always easy, and Aggie is about to discover that in a whole new way!
So, Aunt Aggie has to “knuckle down” and “ante up” to keep from losing ALL her marbles.
When Aggie and crew return home after a month away, all she wants is to settle in and get back into a regular routine. She has just eight weeks until the baby comes, and enough plans to keep her busy for eighteen. But when new and unwelcome surprises greet them upon arrival, her plans are derailed once more.
The children are growing up and the struggle is real. Local girls are on the prowl, and potential boyfriends abound. Little Ronnie has decided who rules the roost, and it’s not his parents! Cari and Lorna appear to be in the middle of a role reversal, and even Ellie is making questionable choices. Tina and William can’t stop fighting, much to the dismay of everyone. Add in the stress of getting ready for Thanksgiving and Christmas, and it all threatens to break her.
Luke wonders what happened to his wife. Aggie wonders what happened to her life.Faith, family, and a frenetic life collide in his last book of the Aggie Series.