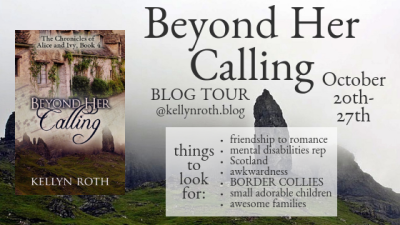 Today we get to do a character interview and spotlight with Jordy! 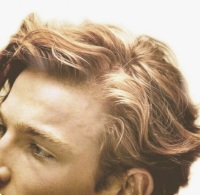 Jordy McAllen
Bio: Jordy is a former farm lad from the small village of Keefmore, Scotland who has since become a medical doctor. He worked at McCale House, a home for “simpletons,” for many years, which was a wonderful experience. He loves Scotland, people, and good food. He’s a minor character in Ivy Introspective and goes on to take a leading role in Beyond Her Calling.
Fun Info About Jordy:
Full Name: George “Jordy” Albert McAllen
Birthdate: March 1858
Personality Type: ESFP
Personality Info: Jordy loves people. Talking to them, spending time with them, and especially doing crazy things with them. That said, he’s tamed down his “wild side” in his determination to be a respectable doctor. He really does want to help people in any way he can. He’s a strange mix of sensible and enthusiastic; he’s an optimistic realist, you might say. He loves being outside in nature, more active games, and he never turned his nose up at a good meal.
Appearance: Jordy has tends-to-get-messy red-brown hair and honey-gold eyes. He firmly believes he isn’t a redhead—though he’s delusional. He’s of average height and weight.
Background: Jordy was born and raised in the small village of Keefmore in Scotland. At age 12, he decided he wanted to be a doctor. When Jordy met Dr. McCale, he was offered a job as an assistant at the McCale House, a boarding school for mentally challenged children. That’s where he meets Ivy—and of course Violet, too.
At eighteen, he went to London to begin his formal education as a doctor of medicine. And that’s what he’s returning from at the beginning of Beyond Her Calling.
Family: Mr. Albert and Mrs. Annis McAllen, Edith “Edi” (sister), Benjamin “Benji,” Michael “Mick,” Albert “Alby,” and Thomas “Tas” (brothers).
Random Facts:
-Jordy loves to dance. He’s not necessarily good at dancing, but he loves to dance …
-Even Jordy doesn’t know quite where his nickname came from. But he does prefer it over stuffy George Albert.
-Jordy likes dogs, but if he were to pick an animal companion, it would definitely be a cow. Unfortunately, his mother never took kindly to him bringing cattle into the cottage.
Spotlight:
~How are you?:
Very well, o’ course!
Did you want to do this interview or were you threatened to be unwritten?:
Ach, I’m always glad tae answer yer questions!
~How do you like coffee/tea/hot chocolate/favorite drink? When was the last time you had it?:
I prefer coffee, but hot chocolate sounds lovely! Anythin’ with college should be. I had coffee, well, this morn!
~Favorite childhood stuffed animal? Did it have a name?:
*gives you a queer look* I’m no’ one for stuffin’ animals, miss. I like me animals live.
~Favorite season? Least favorite season?:
I prefer spring or summer! Th’ warm weather, th’ sunshine, th’ flowers … it’s all lovely! An’ who doesna like a picnic?
~What is it you want to do when you get a chance to rest?:
Hmm … tha’s rather a hard one. I dinna care for restin’, honestly! I love tae be up an’ about. I suppose rest for me is an adventure – th’ rest is rather borin’!
~Sweetest memory?:
Oh, I havena had a lot o’ bad memories, so it’s hard tae think about th’ sweetest ones! I always enjoyed time spent with me parents an’ me brothers an’ sister, an’ o’ course me best friend Tristan.
~Thank you for doing this interview! Did you enjoy this interview?
Aye! It was lovely tae talk to ye!
AND that was the interview! Doesn’t Jordy sound awesome? If you think so as well you should check out his novel at the link below:
https://kellynrothauthor.com/books/beyond-her-calling/
(You know you want to!)
You can find him on his Facebook page at the link below:
https://www.facebook.com/drjordymcallen/

A bit about the book:

At twenty, Ivy Knight feels as if she hasn’t accomplished anything of worth. Her life stretches on before her, empty and pointless. Though her faith in God and her mental abilities have been strengthened, she still doubts herself. Does God have a purpose for a socially awkward, often confused and frightened young woman?
Jordy McAllen has just returned to Scotland after his education in London. Though he has accomplished a lot for a farm lad such as himself, he fears that what everyone has always said about him may be true: he won’t really make a good doctor. Determined to prove himself, Jordy snatches up the opportunity to become the doctor in the village of Keefmore near his parents’ farm.
Helping Jordy with his work at Keefmore seems like the perfect opportunity for Ivy. Still, she doubts herself. Is there a purpose to Ivy’s life?

Otherwise, an awesome book that has:

-siblings and best friends and both at once

Kellyn Roth lives on an Eastern Oregon ranch with her parents, little brothers, border collies, cats, and a few dozen cows and chickens. Always a lover of a good story, and especially of telling one, she’s been writing since she was seven and published her first novel at fourteen. Now a homeschool grad, she divides her time between penning her next Christian historical novel, creating professionally silly articles at kellynroth.blog, and her actual life. Actual life plays second fiddle sometimes, though.
Find out more on her website: https://kellynrothauthor.com/
Goodreads: https://www.goodreads.com/book/show/39935008-beyond-her-calling
Amazon: https://www.amazon.com/dp/B07J2VYVYJ?ref_=pe_3052080_276849420