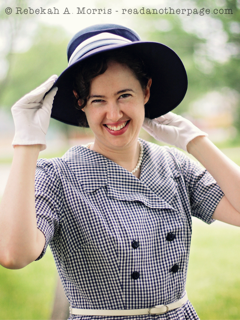 Rebekah  A.  Morris  ia  a  homeschool  graduate,  an  enthusiastic  freelance  author  and  a  passionate  writing  teacher.  Her  books  include,  among  others,  Home  Fires  of  the  Great  War,  The  Unexpected  Request,  Gift from  the  Storm,  the Christmas  Collectionseries,  and  her  best selling Triple  Creek  Ranch series.  Some  of  her  favorite  pastimes,  when  she  isn’t  writing, include  reading,  playing  with  her  seven  nieces  and  nephews, and  coming  up  with  dramatic  and  original  things  to  do.  (Sometimes  with  the  nieces  and  nephews!)  The Show-Me  state  is  where  she  calls  home.

Guest Review of His Law Is Love by Rosalyn!

Like any of the books I’ve ready by Rebekah Morris, I loved this one! It’s a simple, novelette read – perfect for those days when you don’t want to read a super long book!
I loved the characters! They were fun, humorous, and sweet – well, not all of them that is. Like Angie Thompson said in her review for this book, I also need more of Amelia and Reverend Brown. *cheeky grin*The story line was great and I love that the message of God’s love and His birth was incorporated. There was a small Christmasy feel as I read, which i loved too. Although Christmas isn’t the main subject in this book, I think it would be a lovely read for this coming holiday! 🙂Rebekah did well in showing some of the folks’ hate toward the three Indian children. That’s where the message of love comes in. We are all the same to God – no matter our race – and we should love all. (I can’t imagine not liking those three, though! They sound adorable!)I really enjoyed this story and I look forward to reading more of Rebekah’s books. They’re fun and full of great truths!Highly recommended! 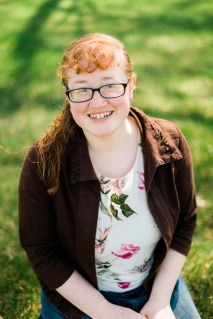 My Recommendation: Anyone and even the whole family! They are wonderful short stories.

My Favorite Character/s: I enjoyed each of the stories and I didn’t really have a favorite character since the short stories were so, uh, short.

My Verse for this collection is Luke 2:11 For unto you is born this day in the city of David a Saviour, which is Christ the Lord.


My Thoughts: Each of these stories were sweet, some funny, and even some sad. All of them were wonderful though! 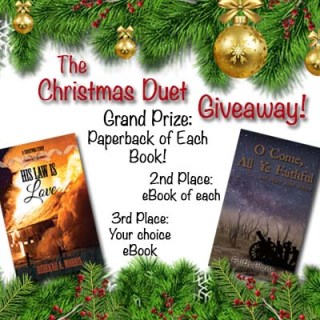