But first! Here’s the cover! 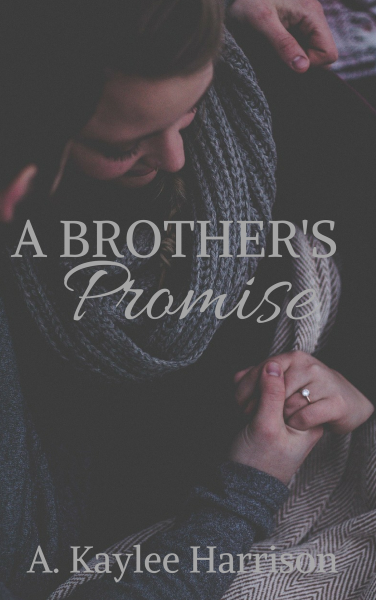 So pretty, right? I’m slightly proud of myself. I know it isn’t the highest quality but it’s my best cover yet!

Luke never expected to be the guardian of his niece, Ally, until he is. Then there’s an accident — and he loses guardianship of Ally.

Matthew never thought he would be called in the middle of the night and told he was the guardian of his niece — his brother, Luke, is in the hospital barely alive.

Mark never wanted to talk to his oldest brother, Matthew, again — until Ally needs them both . . . and a little hope.

The first book in Ally’s Hope, a series with romance, love, hope, and a drop of sorrow. Does that blurb make you want to read A Brother’s Promise? Sound intriguing? Or horrible? (Really, I want to know, pleaseeeeee tell me what you think in the comments!)

Here are some blog posts you’ll want to check out:

Normally in a blog tour there’s a giveaway . . . But to be honest this isn’t a normal blog tour. You see today is April 1st. You know that day that lots of jokes are pulled? Yeah, I’m pretty sure you’ve already realized something is off with my post. And that’s the fact that this post is for the most part a . . . Prank. A full-fledged joke.

Now, don’t kill me, please! And don’t unfollow me if you think this is a sick joke! You’d break my heart!

And I know I can’t do a prank post without a grain of truth so, thanks for joining me for my cover reveal, and scroll on down a bit and watch the trailer for A Brother’s Promise, my April Camp NaNo WIP. That will Lord willing be finished this year!

For those that use Pinterest, I have made my storyboard for ABP public! You can check it out >here!< If you want to be added to the board just comment and I’ll be happy to add you.

Finally, if you remember that email list I started, (yeah, the little-mentioned poor neglected thing.) I will be sending out the first chapter of ABP on there sometime this month if you want to sign up you can do so >here!<

How’d you like this post? Does it hurt that I did this to you? Will you unfollow me? I could keep going but I’ll stop now.