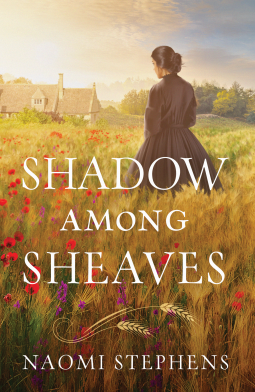 About: A Timeless, Beautiful Allegory of the Biblical Love Story of Ruth and Boaz

The Great Rebellion of 1857 was a remarkably bloody business. At a time when Britain’s imperial influence in India was sparking brutal clashes on both sides, no one could have expected Rena, an Indian woman, to marry a British officer—nor do they understand her decision to follow her mother-in-law to England after her husband’s tragic death.

Once the two widows are in Abbotsville, the stern yet compassionate Lord Barric attempts to help them despite his better judgment. Soon he is torn between the demands of reputation and his increasing desire to capture Rena’s heart for his own.

My Favorite Character/s: Rena was a sweet girl and while I loved her story I can’t really say that I’d connect her with the real Ruth from the Bible, that’s not to say I didn’t enjoy her story it’s just to say that I saw a different story in Rena’s book.

And they lifted up their voice, and wept again: and Orpah kissed her mother in law; but Ruth clave unto her. (King James Version.) (Kind of a given isn’t it – to pick this verse?)

My Thoughts: Ruth is one of my favorite books of the Bible which is why I requested this book from NetGalley. But I was disappointed by the ‘Boaz’ character, he wasn’t what I imagine Boaz to be like, in short, he was something of a bully and I only came to like Barric in the last three chapters, I’m sure of it being the last three chapters. Oh, and I’m more likely to say that Lord Barric is Mr. Darcy mixed with Wickham than I am to say he’s Boaz.

Warnings: Several rumors go around in the book that characters are having an affair, calling a woman many rude names, and suggesting things that shouldn’t be suggested. Ugh, this book was filled with quite a bit of bullying for a character. Mentions of following false gods.

I received this book in exchange for my honest review and am truly happy to provide it!