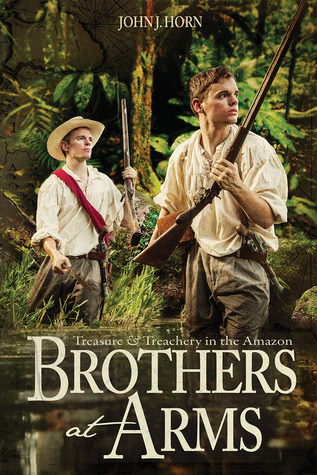 About: Lawrence and Chester Stoning are twins, but like Jacob and Esau of old they have little else in common. Lawrence is a realist, fascinated by the study of science, mathematics, and history, while Chester longs for the knightly adventures of chivalrous times past — hard-fought battles, gold-filled caves, damsels in distress.

When Chester’s impetuosity engages the unlikely pair as bodyguards to a Spaniard and his beautiful ward Pacarina, the twins quickly realize that the 19th century calls for a chivalry of its own. Protecting Pacarina’s secret leads all of them into the steaming jungles and dizzying mountains of Peru, a foreboding territory made all the more dangerous by Lawrence and Chester’s strivings against each other. Can the twins learn to trust God and work together before it’s too late? Or will they fall prey to the mysterious schemes of Pacarina’s enemy — an enemy they know nothing about?