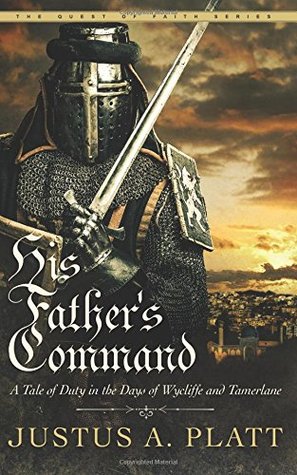 About: Sir Arthur Gifford wants nothing more than to honor his beloved father by serving him as his helper on his Middle Eastern lands. But, one unexpected day, he is awakened to witness his father’s tragic death. In a plunge of life-changes, he is coroneted over the small, much-threatened lands.

Meanwhile, Sir Arthur’s young squire Rufus struggles with his duties. He dreams of great knightly acts, but fears on the battlefield burdens him with the dishonorable brand of a coward. His impetuous nature lands him into many grave troubles – some far beyond his strength to overcome.

In the midst of the unrest, a wanted Lollard priest takes shelter in Giffordshire. His message to Sir Arthur is shocking – he cannot honor his dead father without the help of God. Is it true? And will Sir Arthur turn him over to the torturers as a heretic?

Journey with Sir Arthur and Rufus on a quest of betrayal, assassins, Bedouin attacks, and the all-fierce Mongol leader – Timur the Lame. Will they be forced into the bloody Battle of Ankara? Will Sir Arthur recognize duty for what it truly is? Will Rufus overcome his fear? Find out in the debut historical-fiction novel of Justus A. Platt.