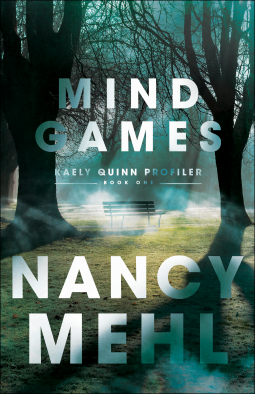 About: Kaely Quinn’s talents as an FBI behavior analyst are impossible to ignore, no matter how unorthodox her methods. But when a reporter outs her as the daughter of an infamous serial killer, she’s demoted to field agent and transferred to St. Louis.

When the same reporter who ruined her career claims to have received an anonymous poem predicting a string of murders, ending with Kaely’s, the reporter’s ulterior motives bring his claim into question. But when a body is found that fits the poem’s predictions, the threat is undeniable, and the FBI sends Special Agent Noah Hunter to St. Louis.

Initially resentful of the assignment, Noah is surprised at how quickly his respect for Kaely grows, despite her oddities. But with a brazen serial killer who breaks all the normal patterns on the loose, Noah and Kaely are tested to their limits to catch the murderer before anyone else–including Kaely herself–is killed.

Creepy! I expected this to be dark but did it really have to end like it did? Ugh!!! I want to enjoy a book with just a bit of hope. This book was interesting but I hate that the killer was killing for the reason they were. The murders were useless enough but the why was ridiculous! Why is it that almost every book I read in the last month all led to adultery? It’s sickening! I’m just so tired of the ‘Christian’ fiction I read being less clean then the fiction I rarely read. Sighs. Why? What makes every suspense lead to adultery or something of the like?

That’s without mentioning Kaely’s odd and mostly insane way of working in a case. I’m sorry for the author and that I’m giving such a bad review but I’m ask tired of books that are filled with adultery.

Oh, but if you like books with imaginary friends, an imaginary cat, and talking over a case in public with a suspect who isn’t really there this may a book for you.

I received a copy of this book in exchange for my honest review and am truly happy to provide it.