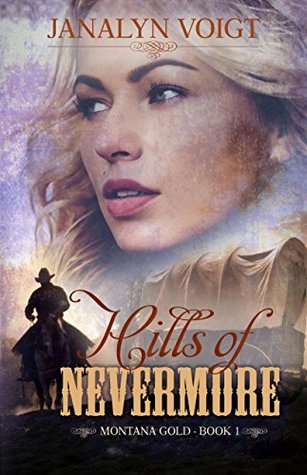 Can a young widow hide her secret shame from the Irish preacher bent on helping her survive?

In an Idaho Territory boom town, America Liberty Reed overhears circuit preacher Shane Hayes try to persuade a hotel owner to close his saloon on Sunday. Shane lands face-down in the mud for his trouble, and there’s talk of shooting him. America intervenes and finds herself in an unexpectedly personal conversation with the blue-eyed preacher. Certain she has angered God in the past, she shies away from Shane.

Addie Martin, another widow, invites America to help in her cook tent in Virginia City, the new mining town. Even with Addie’s teenage son helping with America’s baby, life is hard. Shane urges America to depart for a more civilized location. Neither Shane’s persuasions nor road agents, murder, sickness, or vigilante violence can sway America. Loyalty and ambition hold her fast until dire circumstances force her to confront everything she believes about herself, Shane, and God.

Based on actual historical events during a time of unrest in America, Hills of Nevermore explores faith, love, and courage in the wild west.

Book Review of Hills of Nevermore: Starting this book I expected it to be okay, maybe I wouldn’t love it or even like it but I was pleasantly surprised. Their was a hidden depth to this charming little gold rush story. The characters were well developed and individually interesting with the couple’s romances were sweet author being an overwhelming part of the book.
As it was set during and set a harsh time and setting this is not a Book for younger readers but for those older say 17/19 the story may be interesting.
Some violence such as beatings, hangings, and kidnappings.
I was given a copy of this book for free in exchange for a honest review, all of the above thoughts are my own.