Book Review of The Medallion by Cathy Gohlke 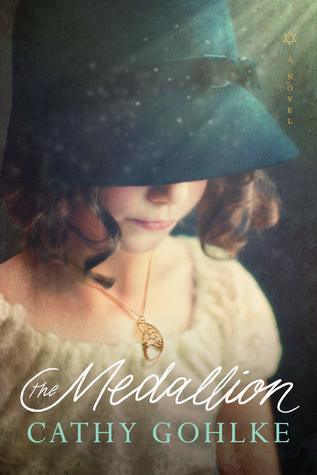 About: For fans of bestselling World War II fiction like Sarah’s Key and The Nightingale comes an illuminating tale of courage, sacrifice, and survival, about two couples whose lives are ravaged by Hitler’s mad war yet eventually redeemed through the fate of one little girl.

Seemingly overnight, the German blitzkrieg of Warsaw in 1939 turns its streets to a war zone and shatters the life of each citizen–Polish, Jewish, or otherwise. Sophie Kumiega, a British bride working in the city’s library, awaits news of her husband, Janek, recently deployed with the Polish Air Force. Though Sophie is determined that she and the baby in her womb will stay safe, the days ahead will draw her into the plight of those around her, compelling her to help, whatever the danger.

Rosa and Itzhak Dunovich never imagined they would welcome their longed-for first child in the Jewish ghetto, or that they would let anything tear their family apart. But as daily atrocities intensify, Rosa soon faces a terrifying reality: to save their daughter’s life, she must send her into hiding. Her only hope of finding her after the war–if any of them survive–is a medallion she cuts in half and places around her neck.

Inspired by true events of Poland’s darkest days and brightest heroes, The Medallion paints a stunning portrait of war and its aftermath, daring us to believe that when all seems lost, God can make a way forward.

My book review of The Medallion by Cathy Gohlke: Uh, wow, this novel had my eyes filled with tears. Stories of World War Two have long saddened and intrigued me, the things men and women did to save the people that the Nazis were killing, attacking, and torturing are horrific and yet filled light of those who have their all to help its one of the most powerful things I have heard of. This is a fictional story with cameo appearances from true real people – heroes – and told with wonderfully researched details and heartbreaking attention to history (from what I know, anyway.)
The writing style was strong and it made me love the book even more, at times I had to put the Book down and walk away because of how honest and realistic The Medallion was, it took me nearly a week to read as a matter of fact and that it’s a long time for me as I often finish a book in under three days.
The story it seeks was truly heartbreaking, I know some of the horrific acts committed during WWII in the 30s and 40s, even into the 50s but reading about it in this novel were even more real with the emotion behind the characters.
This is one of the best WWII novels I have read!

2 responses to “Book Review of The Medallion by Cathy Gohlke”