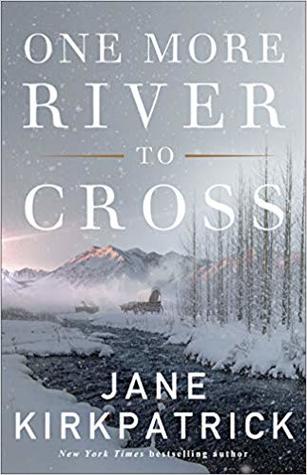 About: In 1844, two years before the Donner Party, the Stevens-Murphy company left Missouri to be the first wagons into California through the Sierra Nevada Mountains. Mostly Irish Catholics, the party sought religious freedom and education in the mission-dominated land and enjoyed a safe journey–until October, when a heavy snowstorm forced difficult decisions. The first of many for young Mary Sullivan, newlywed Sarah Montgomery, the widow Ellen Murphy, and her pregnant sister-in-law Maolisa.

When the party separates in three directions, each risks losing those they loved and faces the prospect of learning that adversity can destroy or redefine. Two women and four men go overland around Lake Tahoe, three men stay to guard the heaviest wagons–and the rest of the party, including eight women and seventeen children, huddle in a makeshift cabin at the headwaters of the Yuba River waiting for rescue . . . or their deaths.

Award-winning author Jane Kirkpatrick plunges you deep into a landscape of challenge where fear and courage go hand in hand for a story of friendship, family, and hope that will remind you of what truly matters in times of trial.

My Review of One More River To Cross by Jane Kirkpatrick: I promise I tried to read this book . . . Truly, I did, but I am a girl, eh, woman that believes that some women overreact with feminism, men should automatically be put in three categories; stupid/weak/needy, overbearing/controlling, or wanting an inappropriate relationship. Since this book has shown a lack of respect for the men, bitter woman that “was what women did” talking about taking care of a family, and I tried flipping through the book and landed on a page where a guy was leaving his wife to travel another way because he needed to take care of his guns. GUNS! How ridiculous can a book get? It’s almost as if this was making a joke of the men, women, and everyone. I didn’t finish this book and can’t recommend it.

If there isn’t cheating in a book there is disrespect. Especially in Christian fiction lately.

Disclaimer: I voluntarily reviewed a complimentary copy of this book which I received from the author. All views expressed are only my honest opinion.